2017 marks the 60th Anniversary of the Fargo Tornado

At 6:45 pm, on June 20, 1957, the first category F5 tornado ever recorded struck Fargo, between downtown and the campus of the North Dakota Agricultural College (now NDSU). Five tornadoes struck the region that evening, the worst and most damaging being the one that struck north Fargo. The path of destruction in Fargo was nine miles long and up to 700 ft. wide in the Golden Ridge neighborhood to the west.

Ten people died, including six children from a single family, and more that 1000 homes and buildings damaged, including many on the college campus. The total path of the tornado was over 57 miles long and debris was found as far away as Becker County in Minnesota.

The Fargo tornado became the most photographed tornado up to that time and provided scientists with an opportunity to understand tornadoes in a way they hadn’t been able to before. Through analysis of photographs of the Fargo storm, Dr. Ted Fujita (inventor of the Fujita Scale for measuring the strength of tornadoes) introduced concepts of thunderstorm architecture and terms like “wall cloud” and “tail cloud”.

News video of the tornado

Photos from the NDSU Archives 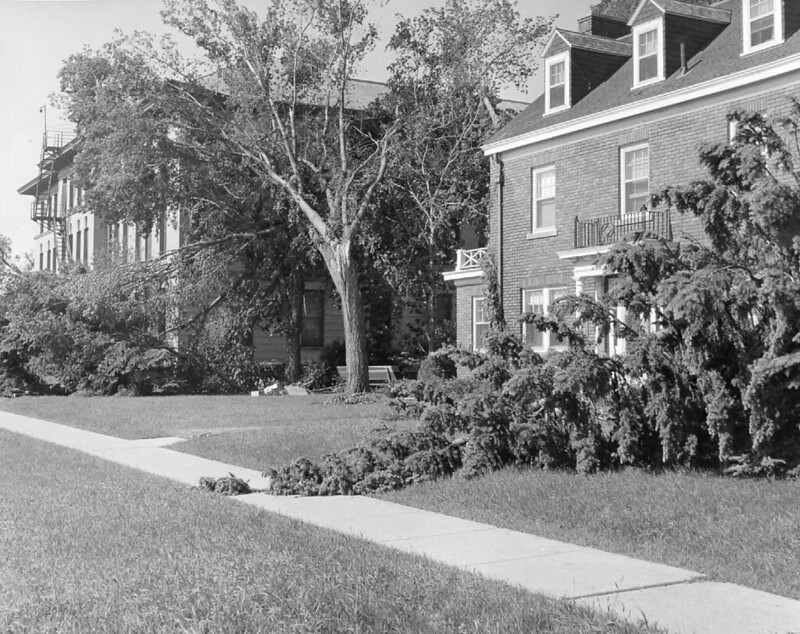 Video of the aftermath

Bonanzaville Art in the Valley Exhibit Running Through November 21

Type to search or hit ESC to close
See all results